Domestic Violence, Bullying, and Suicide: Not As Rare As You Might Think 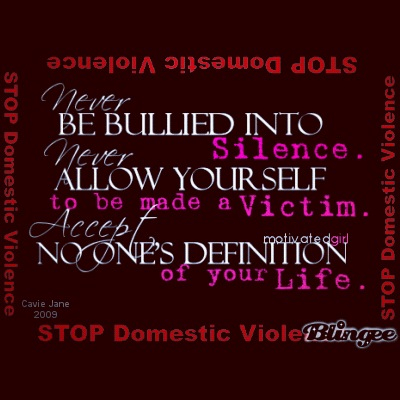 Domestic Violence, Bullying, and Suicide: Not As Rare As You Might Think

More and more, we see the connection between domestic violence and other crimes. Unfortunately, domestic violence has spillover effect for mental health problems too. As National Suicide Prevention Awareness Month concludes and October, Domestic Violence Awareness Month and Bullying Prevention Month begins; consider how the two tragedies intertwine.
Still a taboo topic of discussion, suicidal thoughts and suicide occur too frequently without any resource for those suffering to get help. In many cases the loved ones affected by suicide are left in the dark, feeling shame or stigma that prevents talking openly about issues dealing with suicide. Shame and stigma are also some of the same reasons domestic violence victims suffer in silence. Suicidal thoughts can affect anyone regardless of age, gender or background just as domestic violence can affect anyone from any background. Suicide is the 3rd leading cause of death among young people and is often the result of mental health conditions that effect people when they are most vulnerable.
With the prevalence of depression and other mental health illnesses in domestic violence and bullying victims, it comes as no surprise studies show that a large percentage of all suicide victims have been domestic violence victims as well. It is unclear if the connection between domestic violence and suicide is because traumatic stress is considered to be a major cause to depression and suicidal ideation or if because people with depression and mental illness are more vulnerable to being in abusive relationships. Whatever the cause, there is help.
In recent years, a series of bullying-related suicides in the and across the globe have drawn attention to the connection between bullying and suicide. Though too many adults still see bullying as “just part of being a kid,” it is a serious problem that leads to many negative effects for victims, including suicide.
The statistics on bullying and suicide are alarming:
Bully-related suicide can be connected to any type of bullying, including physical bullying, emotional bullying, cyberbullying, and sexting, or circulating suggestive or nude photos or messages about a person.
Some schools or regions have more serious problems with bullying and suicide related to bullying. This may be due to an excessive problem with bullying at the school. It could also be related to the tendency of students who are exposed to suicide to consider suicide themselves.
Some of the warning signs of suicide can include:
If a person is displaying these symptoms, talk to them about your concerns and get them help right away, such as from a counselor, doctor, or at the emergency room.
In some cases, it may not be obvious that a teen is thinking about suicide, such as when the suicide seems to be triggered by a particularly bad episode of bullying. In several cases where bullying victims killed themselves, bullies had told the teen that he or she should kill him or herself or that the world would be better without them. Others who hear these types of statements should be quick to stop them and explain to the victim that the bully is wrong.
Other ways to help people who may be considering suicide include:
Anyone thinking about suicide should talk to someone right away. Call the National Suicide Prevention Lifeline at 1‐800‐273‐8255 and if you or someone you know is being abused, please contact the National Domestic Violence Hotline at 1‐800‐799‐7233. For text assistance with either issue, text “GO” to 741741. If you or someone you know needs help with bullying in Nevada call 1-775-689-0150 Or text STANDUP to 839863. For more resources, you may visit our site at www.humboldtava.com or contact us at 775-722-4564 or 775-304-8964. Assistance is free and confidential at all these resources.
.
Article information from Rebecca Baven and Kayce Simmons Munyeneh and used with permission.