As part of Advocates for Victims of Abuse, the Family Advocacy Program volunteers to assist with cases in the Child Welfare System. As part of this program, we work to raise awareness and educate the public on child abuse and neglect, the cycle of violence, and how others can be a part of the solution.
Over the past 10 years, promising, community-based child protection initiatives have been implemented that broadened the base of responsibility for supporting families and protecting children. Initially, model programs evolved from targeting intervention activities in high-risk neighborhoods and rebuilding a sense of community toward empowering individual families by teaching and mentoring, building on strengths, and respecting cultural diversity. More recent child welfare reforms have focused on a more flexible and differential response for investigating reports of child abuse and neglect, including the diversion of low and moderate-risk families to community-based services. Nevada was one of the first States to support the flexible response to community-based services. 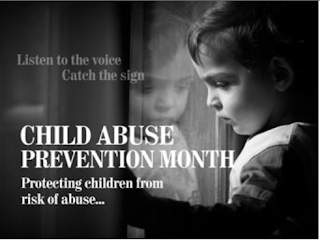 Because child abuse and neglect are complex and multidimensional, CPS alone cannot effectively intervene in the lives of maltreated children and their families. A coordinated effort that involves a broad range of community agencies and professionals is essential for effective child protection. (dcfs.nv.gov) 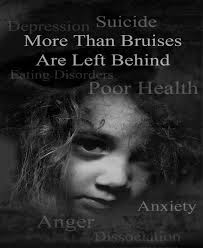 Neglect is the failure of a parent, guardian, or other caregiver to provide for a child’s basic needs. Neglect may be:
• Physical (e.g., failure to provide necessary food or shelter, or lack of appropriate supervision)
• Medical (e.g., failure to provide necessary medical or mental health treatment)
• Educational (e.g., failure to educate a child or attend to special education needs)
• Emotional (e.g., inattention to a child’s emotional needs, failure to provide psychological care, or permitting the child to use alcohol or other drugs)
Educational Neglect: A child who is between the ages of 7 and 17 and is not enrolled in school or due to the faults or habits of the child’s parents or caretaker is habitually and without justification absent
from school. NOTE: Before a situation is classified as educational neglect, the school district must document its effort to resolve the problem.
Environmental Neglect: The child’s person, clothing or living conditions are persistently filthy or unsanitary to the point that the child’s life or physical health is endangered. This may include infestations of rodents, spiders, insects, snakes etc., human or animal feces, rotten or spoiled food or rotten or spoiled garbage that the child can reach.
Failure to Protect: The circumstances of the parent responsible or caregiver's supervision are such that a reasonable person would be expected to foresee that the child would be placed at plausible risk of harm from the actions or inactions of another adult. The parent or responsible caregiver is responsible for maltreatment inflicted by substitute caregivers or others, or for child endangerment, if the parent knew or should have known the child was at plausible risk of physical harm of being harmed by another person.

Failure to Thrive/Malnourishment:
Failure to Thrive: A serious medical condition most often seen in children under one year of age. The child’s weight, height and motor development fall significantly short of average growth rates of normal children (i.e. below the fifth percentile) In some cases, there is an organic cause such as a serious medical problem, a genetic error of metabolism or brain damage. Other cases are caused by severely inadequate nutrition usually resulting from a disturbed parent-child relationship manifested in severe physical and emotional neglect.
Malnourishment: Lack of necessary or proper food substances in the body caused by inadequate food, lack of food or insufficient amounts of vitamins or minerals.

Physical abuse comprises acts of battery such as hitting, burning, or throwing objects at a child. Subjecting an infant to "shaken baby syndrome" is also considered child abuse. However, disciplinary punishments such as spanking, a smack, or sending a child to his/her room without dinner are legal as long as they are not excessive.

Emotional abuse in Nevada is defined as behavior that harms a child's emotional, psychological, or intellectual capacity to the point where it impairs his/her normal range of performance.
Other forms of emotional abuse include constantly telling a child that he/she is worthless or not permitting him to attend school and learn. Since emotional abuse is difficult to measure and identify, it is harder to prove than physical abuse.

Sexual abuse includes activities by a parent or caregiver such as fondling a child’s
genitals, penetration, incest, rape, sodomy, indecent exposure, and exploitation
through prostitution or the production of pornographic materials.
Sexual abuse is defined by CAPTA as “the employment, use, persuasion, inducement,
enticement, or coercion of any child to engage in, or assist any other person to
engage in, any sexually explicit conduct or simulation of such conduct for the
purpose of producing a visual depiction of such conduct; or the rape, and in cases
of caretaker or inter-familial relationships, statutory rape, molestation, prostitution,
or other form of sexual exploitation of children, or incest with children.”

Substance abuse is an element of the definition of child abuse or neglect in many
States. Circumstances that are considered abuse or neglect in some States include the
following:
• Prenatal exposure of a child to harm due to the mother’s use of an illegal drug or
other substance
• Manufacture of methamphetamine in the presence of a child
• Selling, distributing, or giving illegal drugs or alcohol to a child
• Use of a controlled substance by a caregiver that impairs the caregiver’s ability to adequately care for the child

The Child:
• Shows sudden changes in behavior or school performance
• Has not received help for physical or medical problems brought to the parents’ attention
• Has learning problems (or difficulty concentrating) that cannot be attributed to specific physical or psychological causes
• Is always watchful, as though preparing for something bad to happen
• Lacks adult supervision
• Is overly compliant, passive, or withdrawn
• Comes to school or other activities early, stays late, and does not want to go home
• Is reluctant to be around a particular person
• Discloses maltreatment

The Parent:
• Denies the existence of—or blames the child for—the child’s problems in school or at home
• Asks teachers or other caregivers to use harsh physical discipline if the child misbehaves
• Sees the child as entirely bad, worthless, or burdensome
• Demands a level of physical or academic performance the child cannot achieve
• Looks primarily to the child for care, attention, and satisfaction of the parent’s emotional needs
• Shows little concern for the child

Signs of Neglect
Consider the possibility of neglect when the child:
• Is frequently absent from school
• Begs or steals food or money
• Lacks needed medical or dental care, immunizations, or glasses
• Is consistently dirty and has severe body odor
• Lacks sufficient clothing for the weather
• Abuses alcohol or other drugs
• States that there is no one at home to provide care

Consider the possibility of neglect when the parent or other adult caregiver:
• Appears to be indifferent to the child
• Seems apathetic or depressed
• Behaves irrationally or in a bizarre manner
• Is abusing alcohol or other drugs

Signs of Sexual Abuse
Consider the possibility of sexual abuse when the child:
• Has difficulty walking or sitting
• Suddenly refuses to change for gym or to participate in physical activities
• Reports nightmares or bedwetting
• Experiences a sudden change in appetite
• Demonstrates bizarre, sophisticated, or unusual sexual knowledge or behavior
• Becomes pregnant or contracts a venereal disease, particularly if under age 14
• Runs away
• Reports sexual abuse by a parent or another adult caregiver
• Attaches very quickly to strangers or new adults in their environment
Consider the possibility of sexual abuse when the parent or other adult caregiver:
• Is unduly protective of the child or severely limits the child’s contact with other children, especially of the opposite sex
• Is secretive and isolated
• Is jealous or controlling with family members

Signs of Emotional Maltreatment
Consider the possibility of emotional maltreatment when the child:
• Shows extremes in behavior, such as overly compliant or demanding behavior,
extreme passivity or aggression
• Is either inappropriately adult (parenting other children, for example) or inappropriately infantile (frequently rocking or head-banging, for example)
• Is delayed in physical or emotional development
• Has attempted suicide
• Reports a lack of attachment to the parent

Consider the possibility of emotional maltreatment when the parent or other adult caregiver:
• Constantly blames, belittles, or berates the child
• Is unconcerned about the child and refuses to consider offers of help for the child’s problems
• Overtly rejects the child
*Information provided by Child Welfare Information Gateway
Volunteers are always needed for our Family Advocacy Program! To become involved, please visit www.humboldtava.com and complete an application.
For more information, please visit our site at www.humboldtava.com, www.dcfs.nv.gov, or www.childwelfare.gov 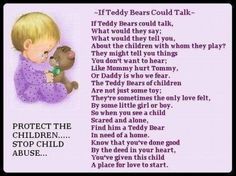