Stalking and Cyber Stalking Awareness- Recognize it and Speak Out Against It! 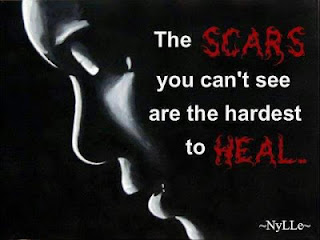 Stalking is a very serious crime that is often under-reported.  Those that have reported the crime are numbered at over 3 million people in the every year.  Stalking victims are often stalked by someone they know or a person they were once in a relationship with.  It is estimated that in every 1 out of 5 stalking cases, violence escalates and a weapon is used.


When we think of stalking, we think of someone who hides outside a person’s house and follows them.  Nevada Revised Statue 200.575 states “A person who, without lawful authority, willfully or maliciously engages in a course of conduct that would cause a reasonable person to feel terrorized, frightened, intimidated or harassed, and that actually causes the victim to feel terrorized, frightened, intimidated or harassed, commits the crime of stalking.”  The NRS under Section 3 has been amended to include technology to say “A person who commits the crime of stalking with the use of an Internet or network site or electronic mail or any other similar means of communication to publish, display or distribute information in a manner that substantially increases the risk of harm or violence to the victim shall be punished for a category C felony as provided in NRS 193.130.”  Simply put, stalking and cyberstalking are crimes.

With the ever-growing field of technology, there’s a new way of stalking “cyber stalking”.

What exactly is cyberstalking?  Cyberstalking is almost always characterized by the stalker relentlessly pursuing his\her victim online and is much more likely to include some form of offline attack, as well (OVW 2010). This offline aspect makes it a more serious situation as it can easily lead to dangerous physical contact, if the victim’s location is known.
Cyberstalkers often begin their stalking behavior in ways planned to cause distress to the victim, or make them the subject of harassment by others. They may pretend to be the victim and post offensive comments or send offensive messages in their name. They may send hateful communications to family, friends and coworkers, either posing as the victim or “anonymous”. The victim’s computer may be hacked or their email accounts broken into, or the password is changed and the victim locked out of their own accounts.  Recently, the Department of Justice showed that technology, including Internet services such as email and instant messaging along with other technology, like and computer spyware like IP sniffers, have been used to harass one in four stalking victims. That converts into about 1.2 million victims whose stalkers have used some form of technology to find them no matter where they are.


In the most dangerous kind of cases, the cyberstalker posts the name, address and phone number of the victim online, may pose as them, and solicit sexual activities. In a case, a stalker posted his victims’ name and address online and solicited group sex. The woman had never used the computer before, but found herself facing angry men at her door, expecting sexual services.


Most often, a cyberstalker is found to be someone the victim knows. It might be someone they have been in a relationship with, been to school or worked with. If a person believes they may be a victim of stalking or cyberstalking, contact your local law enforcement. Save any information such as emails, texts, virus scans that show positive for a tracer, etc. Emails and logs can be traced by ISP. Remember: No one has the right to harass or threaten anyone or make them fear their safety.
The fear a stalking victim feels has additional consequences.  Anxiety, insomnia, social dysfunction, and severe depression are only a few of the serious side effects a victim may experience, and these issues rarely go away when the stalking stops.  Many will suffer from Post-Traumatic Stress Disorder, which can take years to overcome.

We applaud the lawmakers who have amended the NRS 200.575 under Section 3 to include cyberstalking as a crime.  We applaud our local community agencies and organizations that help to educate and to raise awareness about the seriousness of stalking and to help victims.

As the old proverb says, “A life lived in fear is a life half lived”.  It’s our hope that by working together for our community’s safety and well-being that we may help those in need to no longer live in fear.


The mission of AVA is to empower those victimized by abuse and/or violence through advocacy and crisis intervention and to raise awareness in the community about the cause, impact, and prevention of relationship abuse, sexual violence, child abuse and neglect, and bullying.


Tri-County CASA supports and promotes volunteer advocacy to protect the best interests of abuse and neglected children in Humboldt, Lander, and in .


Don't be a victim, become a survivor!