The Blame Game: Yes, Even in Winnemucca. 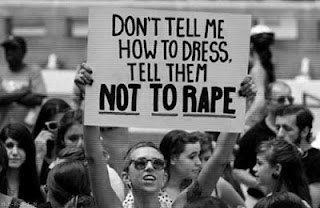 The Blame Game: Yes, Even in Winnemucca 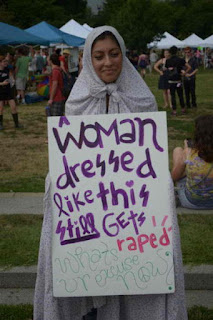 Violence is a fact of life. It’s sad, but it’s a fact. Turning on the news or talking to a friend or neighbor, you’re likely to hear of the crime happening close to you.


While April is designated as Sexual Assault Awareness Month (SAAM), we keep awareness and impact of sexual violence all year round. As advocates we work to ensure people know how to defend themselves, how to stay safe in


different situations, what to do if an assault happens, options the survivor has available as far as reporting, medical care, financial assistance, and protection. What we cannot do is stop the assailant from assaulting. Sexual violence does happen and it happens frequently.


AVA alone averages two sexual violence requests for assistance a month. There has been a disturbing change recently: survivors are choosing not to report the crime. Unless the case falls under mandatory reporting laws, the choice on whether or not to report depends wholly upon the survivor. Does that mean the person is lying? Very rarely. False reports happen, but the U.S. Department of Justice estimates false reports account only for 2% or less of all rape reports. So what is causing this drop in rape reporting that’s occurring across the country? There are different reasons, but one common thread is victim blaming. Victim blaming is rampant across the world.


asking for it.” Whether it be your favorite athlete, politician, friend, co-worker, family member…in rush to defend the person, you have blamed the victim and excused the violence. It happens all the time and often publicly: causing the survivor to recant in fear and future survivors scared to report after seeing how they’re treated.

So we’d like to clear up any confusion about what causes rape. Rape is caused by rapists, misogyny, structural violence, institutional tolerance. NOT by: women’s clothing, the way she walks, the makeup she wears, being in the “wrong” place, drinking, and not being “careful enough”.


With a little help from our friends, here is a list of sexual assault prevention tips:

1. Don’t put drugs in people’s drinks in order to control their behavior.


2. When you see someone walking by themselves, leave them alone!


3. If you pull over to help someone with car problems, remember not to assault them!


5. If you are in an elevator and someone else gets in, DON’T ASSAULT THEM!


6. USE THE BUDDY SYSTEM! If you are not able to stop yourself from assaulting people, ask a friend to stay with you when you are in public.


7. Always be honest with people! Don’t pretend to be a caring friend in order to gain the trust of someone you want to assault. If you don’t communicate your intentions, the other person may take that as a sign that you do not plan to rape them.


8. Don’t forget: you can’t have sex with someone unless they are awake!


9. Carry a whistle! If you’re worried you might assault someone “accidentally” hand it to the person you’re with so they can blow it if you do.


Additionally, to remind the rapist what is NOT an invitation to rape:


3. What a person is drinking. Alcohol is never a reason, but often the rapist’s excuse.


4. How intimate they are currently or have been with you.


Things that cause rape are:

a. Flirting
b. Snarky behavior
c. Clothing
d. Drinking too much
e. Rapists


If you guessed E, congratulations! Your prize is knowing who is to blame for rape. We CAN take the blame and shame from the victim and put it on who belongs to: The Rapist. There is NEVER an excuse or an invitation to rape. We CAN make it safer for survivors to come forward and get the help they need and deserve without fear of becoming the accused. Survivors of such a horrible crime deserve to feel protected and cared about.


Yes, even in Winnemucca.