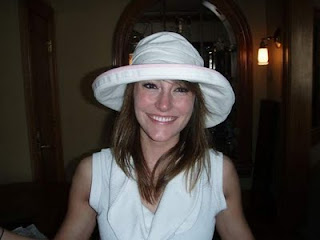 
For six years, Chantal Claire Hager used bulimia - a cycle of binging and purging - to stay thin and cope with psychological struggles she masked through her smile and manner.
When she was 13, the Reno girl discovered bulimia through a television show about difficult life issues faced by modern-day teens. Instead of inspiring awareness and prevention as intended, her family said the show sparked an idea in Chantal that led to her developing the disease that would kill her soon after she turned 19.
On April 3 in Southern California, while attending her seventh eating disorder treatment program, Chantal died in her sleep of a heart attack. Six years of eating large amounts of food and then vomiting had caused a severe potassium and electrolyte depletion in her body that affected her heart.
Her grieving family says it wants to turn its private anguish into a wake-up call to the community so that no other men, women or families have to suffer through the destruction and chaos of an eating disorder. Chantal's father, Robert, and her brother, Ian, have formed the Chantal Claire Hager Charitable Foundation, which aims to help fill the gap in the lack of local education, outreach and resources for family and loved ones. The foundation is still in the organizational process and is working to gain a nonprofit status.
The Hagers are hoping Chantal's story will create awareness about eating disorders, especially in Washoe County, where no statistics are kept on them and only a handful of specialists treat them. It's also hard to know who has died from the diseases because death results from medical complications such as a heart attack. However, the specialists, while unable to give specific numbers of new clients by the year, say their caseloads are growing, which could indicate a rise with those suffering from the diseases.
Treatment options for eating disorders are limited - partially because few options exist to target just eating disorders and because insurance companies are reluctant to pay for the treatment, which can be quite pricey, the family and specialists say. Nevada law does not require that insurance companies cover treatment for eating disorders.
• Anorexia nervosa: an intense fear of fat, and believe they are exhibiting control when they starve and refrain from eating.
• Bulimia nervosa: eating a large quantity of food and then vomiting. This behavior is repeated in cycles. People suffering from this illness are often using the disease to cope with anxiety and stress along with managing their weight.
• 1 in 5 women struggles with an eating disorder or have atypical issues with eating that aren’t classified as a mental illness.
• 10 -15 % of people with anorexia or bulimia are men.
• Up to 24 million people suffer from an eating disorder in the United States. An estimated 480,000 people die every year related to complications from an eating disorder.
• Eating disorders have the highest mortality rates of any mental illness.
• Only 1 in 10 people who need it receive treatment for eating disorders, and only 35% who do seek help get treatment at a specialized facility.
• About 95% of those suffering from eating disorders are between 12 and 25.
• About 25% of college women binge and purge to manage their weight.

Source: Renfrew Center Foundation in Philadelphia. The statistics above compiled by private research, as local trends are not regularly gathered or studied by government agencies.
For more information about the Chantal Claire Hager Charitable Foundation, go to www.chantalhagerfoundation.org, where local resources and events are listed for those seeking help and education about eating disorders. The foundation is raising money and taking private donations so it can contribute to the funding of counseling and other related resources for those who may be unable to afford it.
Chantal's brother, Ian Hager, said the Foundation is auctioning an Ibanez pro series G7 guitar signed by members of the band Tesla, guiatrists Dweezil Zappa and Steve Vai and Joe Satriani's drummer, Jeff Campitelli. Ian Hager said proceeds will fund counseling referred by the foundation. Bids are being accepted on the foundation's website.

For assistance and referrals on eating disorders, please contact AVA.

This column is not is not intended to be a substitute for professional medical or psychological advice or treatment.